Many people are defrauding people claiming to be Amel Soname magician or Amel Soname Healer and giving out phone numbers, making websites using the words: Amel Soname, creating emails, and social media accounts using Amel Soname . Social media is being used to spoil my name.I am NOT associated with these people who are claiming to be amel soname in any way or with those people who are running spiritual offices and asthana in the name of amel soname.If you have any questions or concerns, Amel Soname does not talk over the phone at all. You can contact amel soname through email ONLY. your questions will be answered on a first come first served basis. No other email address is valid to communicate with me except for amel_soname@yahoo.com.

This is not our website www.amelsoname.com , i am not associated with this site

INTERPRETATION OF DREAMS IN ISLAM 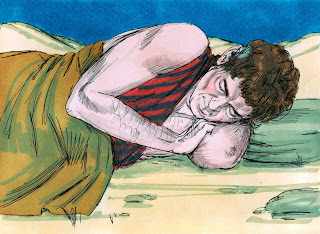 So far I have discussed about the importance of dreams in our day-to-day life. I have earlier proved with the help of the Quranic verses and the ahadith that dreams are meaningful. However, just like it is essential to crack secret codes and puzzles it is essential to crack a dream too. This is because dreams are presented before us as a secret code or a puzzle, so in order to understand them and to get Divine guidance from them we first need to crack them, like we would crack a puzzle.
In the history of Islam, dreams interpretation holds special importance and it was considered to be a spiritual exercise. Muhammad Ibn Sirin, who lived in the 8th century, was a notable Muslim interpreter of dreams. He stated that after Prophet Mohammad (pbuh) it was Hazrat Abu Bakr (ra) who was the best interpreter of dreams. It is a generally acceptable idea that dream interpretation requires a pure heart and spiritual insight.

According to an authentic hadith Prophet Mohammad (pbuh) said, ‘If I were to choose as my bosom friend I would have chosen the son of Abu Quhafa (Abu Bakr) as my bosom friend’. This hadith throws light on the close bond of friendship and mutual understanding between Prophet Mohammad (pbuh) and Hazrat Abu Bakr Siddique (ra). Their friendship is also reflected by the fact that both of them used to narrate the dreams they saw to each other and then interpret it.

In this post, I shall mention some of the important dreams of Prophet Mohammad (pbuh) which were interpreted by Hazrat Abu Bakr Siddique (ra).

Once Prophet Mohammad (pbuh) saw in a dream that he was driving a herd of black sheep. Then he found himself driving a herd of white sheep and some time later both the herds got mixed up to the extent that they could not be separated from each other Hazrat Abu Bakr Siddique (ra) interpreted this dream in the following way: The black sheep symbolized the Arabs whereas the white ones symbolized the people of other religions. Mixing up of both the herds shows that Islam will eventually spread to other religions.
Once Prophet Mohammad (pbuh) saw in a dream that he was walking along with Hazrat Abu Bakr (ra) and soon he went ahead of him by two and a half steps. Hazrat Abu Bakr (ra) interpreted this dream of the Holy Prophet (pbuh) in the following way: Prophet Mohammad (pbuh) would be the first to be summoned by Allah (swt) and Hazrat Abu Bakr (ra) would follow him after two and a half years.

Once a man saw in a dream that he was urinating blood. Hazrat Abu Bakr (ra) interpreted his dream in the following way: That man used to have sexual intercourse with his wife even during her menstruation. Abu Bakr (ra) admonished that man and told him to abstain from doing so.

Prophet Mohammad (pbuh) had also interpreted the dreams of his dearest Companion, Hazrat Abu Bakr Siddique (ra) amongst others. There is a separate chapter devoted to the topic of interpretation of dreams in Sahih Bukhari, which consists of 61 ahadith. All this goes to show the importance of dream interpretation and analysis in Islam.

If you have any question contact me directly on my email. No other type of  help support or email support is valid to communicate with me. this is my email address

Remember me in your prayer
amel soname
amel_soname@yahoo.com