Many people are defrauding people claiming to be Amel Soname magician or Amel Soname Healer and giving out phone numbers, making websites using the words: Amel Soname, creating emails, and social media accounts using Amel Soname . Social media is being used to spoil my name.I am NOT associated with these people who are claiming to be amel soname in any way or with those people who are running spiritual offices and asthana in the name of amel soname.If you have any questions or concerns, Amel Soname does not talk over the phone at all. You can contact amel soname through email ONLY. your questions will be answered on a first come first served basis. No other email address is valid to communicate with me except for amel_soname@yahoo.com.

This is not our website www.amelsoname.com , i am not associated with this site 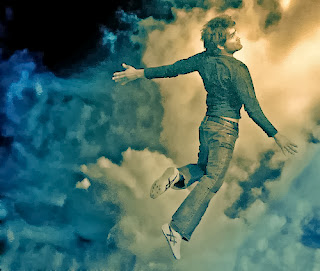 Dreams have great significance in Islam as they find a mention in both the Holy Quran as well as the ahadith. Therefore, underestimating their value and preferring to ignore them is not the correct approach to deal with one’s dreams. Some people opine that dreams are inconsequential and useless. Such people do not tend to focus on their dreams. They rather prefer to ignore whatever they see in a dream. However, is this approach acceptable? Let us find out for ourselves.
Here is an authentic hadith which serves as a solid proof about the authenticity of dreams:

‘Towards the end of time, i.e. the period before the Doomsday, hardly any dream will be untrue. Prophet Mohammad (pbuh) said, ‘That will be because Prophethood and its effects will be so far away in time, so the believers will be given some compensation in the form of dreams which will give them some good news or will help them to be patient and steadfast in their faith’. (Al Bukhari- & Muslim).

This hadith makes it clear that not only are dreams important in Islam but they are also a source of glad tidings or good news from Allah (swt) who is The All Merciful. This hadith also shows us how much love and blessings Allah (swt) showers upon us because He has granted us dreams as a gift. He has compensated us with dreams because we were not fortunate enough to have Prophet Mohammad (pbuh) in our midst. How Considerate is our Creator to think about what we lack and He has offered a means of compensating us through dreams which may either give us good news or strengthen our faith in Allah (swt). Would it not be inconsiderate on our part if instead of paying attention to our dreams and learning how to interpret them we simply ignore them?

Moreover, there is no point in classifying dreams into such categories like nightmares, prophetic dreams, wet dreams, lucid dreams etc. We have enough evidence from the ahadith about the actual categories of dreams. Hence, there is no point in complicating the topic of dream categories.
It is mentioned in a hadith that Allah’s Apostle (saw) said, ‘Dreams are of three types: a dream from Allah, a dream which causes distress and which comes from Shaitan and a dream which comes from what a person thinks about when he is awake and he sees it when he is asleep ‘. (Al-Bukhari & Muslim)
In another hadith Abu Qutaadah said, ‘The Messenger of Allah (pbuh) said: Good dreams come from Allah and the bad dreams come from Shaitan. Whoever sees something that he dislikes, let him thrice towards his left side and seek refuge with Allah from Shaitan’ for it will not harm him’. (Narrated by Al-Bukhari & Muslim). The spitting, which is referred to in this ahadith, means dry spitting sans any saliva.
Aby Sa’eed al-Khudri (ra) said that Allah’s Apostle (saw) said, ‘If anyone of you sees a dream that he likes, this is from Allah, so let him praise Allah for it and talk about it to others. If he sees other than that, a dream which he dislikes, this is from Shaitan, so let him seek refuge with Allah from its evil and not mention it to anyone, for it will not harm him’. (Sahih Bukhari & Muslim)

These two ahadith describe the types of dreams and the ways to deal with them. We also find that there are certain rules which we need to follow when we see a good or a scary dream. The following hadith further elaborates about these rules:
Abu Huraira (ra) reported that Prophet Mohammad (pbuh)said, ‘If anyone of you sees a dream which he does not like then he should stand up and pray and he should not relate it to anybody’. (Al-Bukhari).

In a hadith by Muslim another rule has been mentioned to avoid the ill-effects of the scary dreams. The hadith instructs us to change the side on which we were lying at the time we saw the scary scream.

So up to now we have discussed about the different types of dreams in the light of Islam and also about the right way to respond to those dreams so that we are not harmed by them. When it comes to the horrifying dreams (which are shown to us by our biggest enemy, i.e. Shaitan in order to scare us) we are not supposed to be discreet about such dreams. Instead of disclosing about such dreams we should seek refuge with Allah (swt) from the evil of such scary dreams. Talking about such rubbish Satanic dreams before others can create a negative impact on our minds and we may start believing in those fake dreams. I shall mention a hadith here to elaborate this point.

If you have any question contact me directly on my email. No other type of  help support or email support is valid to communicate with me. this is my email address

Remember me in your prayer
amel soname
amel_soname@yahoo.com

please can u what this dream means

give sadqa as soon as i woke up

reply from India:
Walekum assalam, this dream shows that whatever befalls on you and your husband, like some problem or hurdle- you both will face it together, i.e unitedly. So there won't be any tension as such in your life.

Dear brother i wanted to know tabir of a dream i saw before a month or more than that coz i stil cant forget it
In dream
it was a mid night full moon night i was with my 2 friends on way to somewhere and i saw many butterflies as big as that moon and they are Wight and very bright as moon some are sitting on the moon and some are flying around it i told my friends (by pointing at that) look at that there are angels did u see them they replied yes we saw them too but actually they didn't saw anything coz i heard wispier of my one friend saying to other that there is nothing he is fool to say so.

Am called Arafat and need some help on dream interpretation

I had a dream and wished if you could interpret the below for me.

I had a Muslim lady who i wanted to marry the halal way. but before the engagement/nikah i saw this dream:


Thanks in advnace for your prompt and valued reply